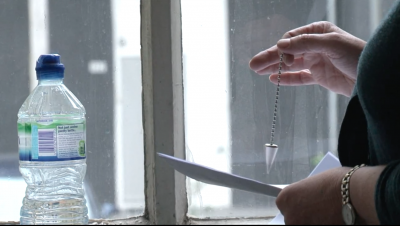 For A Future Pump House: Ideas, Thoughts and Plans Bik Van der Pol proposed to respond to the gallerys uncertain future by giving it the best possible chance to succeed and invite a clearer to come to the gallery space and to identify and expel lingering remnants from the buildings long and complex past.
The building has undergone a series of changes, developments and setbacks. Built in 1861 to supply water to the adjacent lake and artificial waterfalls of Battersea Park, its function as a Pump House lasted until the 1930s. By the 1950s the building was in disrepair and remained derelict until Wandsworth council took control of it in the late 80s. Since then it has undergone major restoration, supported by the National Heritage Fund, and has had many different guises as a community centre, shop and since 1999 as a contemporary art gallery. With such a multifarious history involving so many different people and roles - some functional, others recreational, the building must be clogged with competing energies some good, some bad built up over 150 years.
If the buildings immediate past and potential future as a home for contemporary art is to survive as the space it perhaps aspires to be -according to the white cube paradigm, neutral, pure and clean - therefore needs to be cleared.

Not only, however, does clearing the Pump House pave the way for a healthier future for the building, it also offers an interpretation of some of the many themes central to institutional critique. By exploring and exposing the competing histories of the building, the project will simultaneously debunk and reaffirm the idea of the pure, gallery.
Equally, in terms of assisting in the cultural health of this particular art space (as well as public galleries and museums, throughout the country and also internationally, not the least in The Netherlands, Bik Van der Pol's base), politicians and policy makers have provided few answers. Now seems the time to look outside conventional models.
On July 22, 2011 Susie Shaw, a renown psychic cleaner, conducts a session to rid the building of stagnant or lingering energies. With a handheld camera, the session is documented, and screened during the exhibition.
Clearing Procedure was reactivated for The Future That Was, a group show curated by Gabriel Lester in 2013 at the occasion of the farewell of SMART and the launch of the new institute NASA (New Art Space Amsterdam). 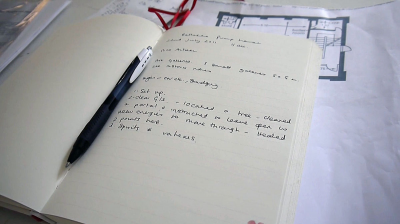 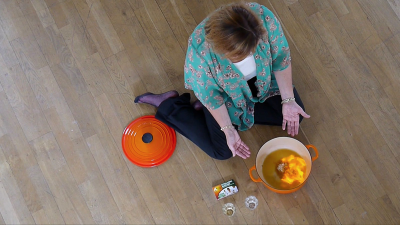